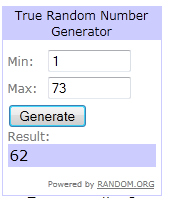 A BIG thank you goes out to Senario for sponsoring this giveaway as part of the Birthday Bash event.. 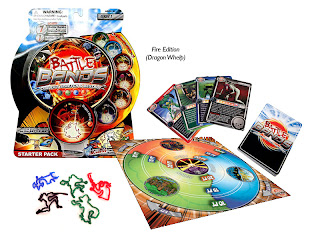 I received the Battle Bands gift pack, including 1 Starter Pack, 1 Rumble Pack and 1 Booster Pack as part of the gift bag items for the Birthday Bash and what a gift they were for the boys of the party.  I find it much harder to find unique ideas and gifts for the boys than the girls.  With the girls, there are always so many options to choose from that are new and exciting but the boys seem to be limited.
With the other shaped elastic bands on the market, I was curious why the new Battle Bands were so different.  I quickly realized that although the bands are similar to the others, the difference is that these bands are not meant to be an accessory but a full game for kids to play and collect together.

The Battle Bands Rumble Pack included 1 Battle Board, 15 Battle Bands and 15 Warrior Cards with instructions.  These Battle Bands are shaped like dragons, ninjas, snakes, spiders and other various shapes that each coordinate with it’s own warrior card.  The warrior cards are categorized in 1 of 4 elements, Water, Earth, Fire and Darkness.  Each players card includes character traits, special abilities and the number of points each character is worth in the game.  The Darkness warrior cards are more rare to collect than the others and are worth the most points in the game.  The order of importance and points is: Earth defeats Water, Water defeats Fire, Fire defeats Earth and Darkness defeats all.  The idea of the game is to build an army by choosing 5 Battle Bands (each army cannot have more than one Darkness warrior band) with the point combination in comparison to the type of battle agreed upon, Brawl (50 point teams), Skirmish (75 point teams), Onslaught (100 point teams) or War (150 point teams).  The oldest game player starts the game by placing the Battle Board on the floor, stepping 6 feet back (or if too far for younger players, the same position for every player and the board can be placed against a wall to include points from any bands that have bounced off the wall back onto the board) firing their chosen Battle Band warrior at the Battle Board and continues in a clockwise rotation, similar to other games.  Where the band lands will game the player points, as listed on the board.  There are other rules that are needed to take into consideration, such as if the players Battle Band Warrior lands in the Black Abyss and is not a Darkness Warrior Battle Band, the band is removed from the board and does not receive any points.  How many points are required to win the game is dependent upon which type of battle is chosen, as listed in the instructions. 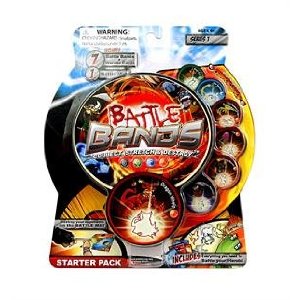 As with many other games, the instructions seem harder than they really are until you have played the game once but after the first try the kids, not just the boys but the girls, really enjoyed the game and wanted to play it over, again and again.  What I liked about it was that it helped the kids make decisions on team building and helped them build their math skills which is an added bonus.  The exciting added bonus for the kids was that with the starter packs and booster packs there are over 70 Battle Bands to collect, giving them endless army combination’s to create for play.
About Battle Bands
Battle Bands – Collect, Stretch and Destroy! In this easy-to-learn, quick-playing game, two players take turns attempting to score points by launching their Battle Bands at the Battle Mat. With over 70 bands to collect, kids will love collecting them all to battle or wear!
Product Details
One lucky winner will receive a Battle Bands gift pack, including 1 Starter Pack, 1 Rumble Pack and 1 Booster Pack!!!
Mandatory Entry:  You must be a Google Friend Connect Follower of this blog to participate. Lately GFC has been having issues form some Google Accounts, if you are one of these people and cannot get your GFC to work and want to enter any or all of the current giveaways on This Lil Piglet, email me at stacey (at) thislilpiglet (dot) net