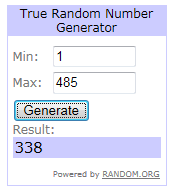 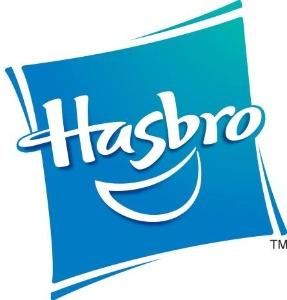 My kids are always excited to play with toys that allow them to enjoy the outdoors and to use their imaginations for play.  Last weekend Miss Priss and Mr. Man eagerly put their NERF Starter Pack jersey’s, vision goggles and strapped their dart blasters to their sides, prepared for battle.  Mr. Man setup base on one side of the yard behind the trees and Miss Priss on the other side behind the patio furniture, switching base locations every other game.
Squeakers isn’t as much of a thrill seeker as her siblings and chose to sit out the first couple of games. Hubs, Squeakers and I had so much fun watching the two strategically swoop in and out from behind their protective blockades (trees and patio furniture) while blasting each other with NERF darts.  They both shrieked with laughter as they ran, weaving in and out while trying to dodge each others launched darts.
Once the game was over, which ended when they ran out of NERF darts, they came over to us to have all the darts counted.  All the darts stuck to each jersey were tallied up and the winner was declared.  Miss Priss is one who gets easily frustrated and if she doesn’t do well in something or doesn’t win, she is very hard on herself.  Normally I’m leery of one on one competition with Miss Priss for this very reason but took a chance on her involvement.  She did extremely well and even though she lost the first round she enjoyed herself so much that she happily played again and again.
One lucky winner will receive a NERF Dart Tag Prize Pack valued at over $100, of their own from www.hasbro.com
Mandatory Entry:  You must be a Google Friend Connect Follower of this blog to participate.  Open to US AND Canada.
Bonus Entries:
1. Subscribe to This Lil Piglet Email on the right sidebar  (1 entry/1 comment required)
2. Become a Fan of This Lil Piglet on Facebook  (1 entry/1 comment required)
3. Follow This Lil Piglet on Twitter  (1 entry/1 comment required) AND Tweet this out giveaway out using the Twitter link above; post the link to your Tweet in your comment (Tweeting this on Twitter up to ONCE PER DAY will gain you 1 entry/1 comment required PER DAY for each day of the contest)
4.   Create a blog post about this giveaway on your blog AND leave the link to that post here in your comment/entry. (3 entries/3 comments required)
5. Enter another giveaway here on This Lil Piglet (1 entry/ 1 comment for each giveaway entered)

Disclaimer: The product mentioned above has been provided free of charge from the company for the purposes of this review. Opinions expressed belong solely to This Lil Piglet and are NOT influenced in any way. Other than the review sample product This Lil Piglet has not received any form of compensation for the review of this product.
Giveaways Product Reviews