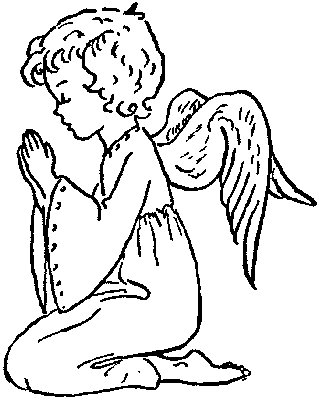 Ask anyone how your child became the child he/she is and the answer will be the same, “you made this monster, you live with him”.  No?  That’s not what you hear?  I had no intentions of creating a monster, never mind two of them, but it appears that both my kids thrive when I put my hands in my head and beg for some kind of reprieve.

Honestly, I put up a Facebook post last week discussing the very fact that I am one of those mothers who constantly tells you how wonderful my kids are.  My six-year-old did something particularly cute and felt the need to blast to the world just how cute he really is.  The fact is, the moments where I am slobbering all over my kids are few and far between.

I don’t think that’s terribly healthy for me or my kids.  So, to make some changes and make sure my kids know just how much I love them, even when they aren’t being cute and cuddly, was my priority for this week.  That came to an abrupt halt on Monday afternoon when my first grader absolutely refused to cooperate when it came time for homework.  Our battle of wills became a battle that would last all afternoon, all evening and into bedtime.

I went to bed feeling like a total jerk.  Visions of “Worst Mother of the Year” danced in my head.  I had nightmares of losing the little guys I loved the most.  I arose on Tuesday, determined to start over, make the necessary changes to my vocabulary, to my behavior, to my mindset and show these boys just how special they really are.

I wish I could tell you that Tuesday was startling different.  However, we were busy in the afternoon which lingered into evening and then before I knew it, the boys were in bed and we were dealing with another behavioral issue with the six-year-old.  He had shown out at the eye doctor causing him to suggest that we had a behavioral problem with him instead of a vision problem.

I went to school on Wednesday to confront him and his teacher about his behavior.  When the time came, he didn’t even know why we were having the chat, but he knew something was amiss and was already in tears.  I had talked a big talked, I had prepared myself to be tough and when I saw that adorable little sandy-haired boy sitting there, head down, hiding from the world, I broke down in tears as well.

His teacher reminded me of one glaring fact; he made a mistake but it isn’t the end of the world.  He is simply put a kid.  My love for him couldn’t possibly be any stronger, my tolerance has been extremely low for both my boys but I’m working on it.  I’m truly working hard to make sure my attitude changes and hopefully, the change in my attitude will result in a change in the attitude and behavior of my little monsters cherubs.

This guest post was written by Jerri Ann of Mom~E~Centric. Jerri Ann is an Internet-junkie who has been writing online since 1999. She has 2 boys, ages 6 and 8, and is married to a man she affectionately calls Boy Genius. Mom~E~Centric is about learning life, learning how to take the punches and put them in their place. “Landing a punch is not near as important as feeling like you are in the fight.”
Parenting