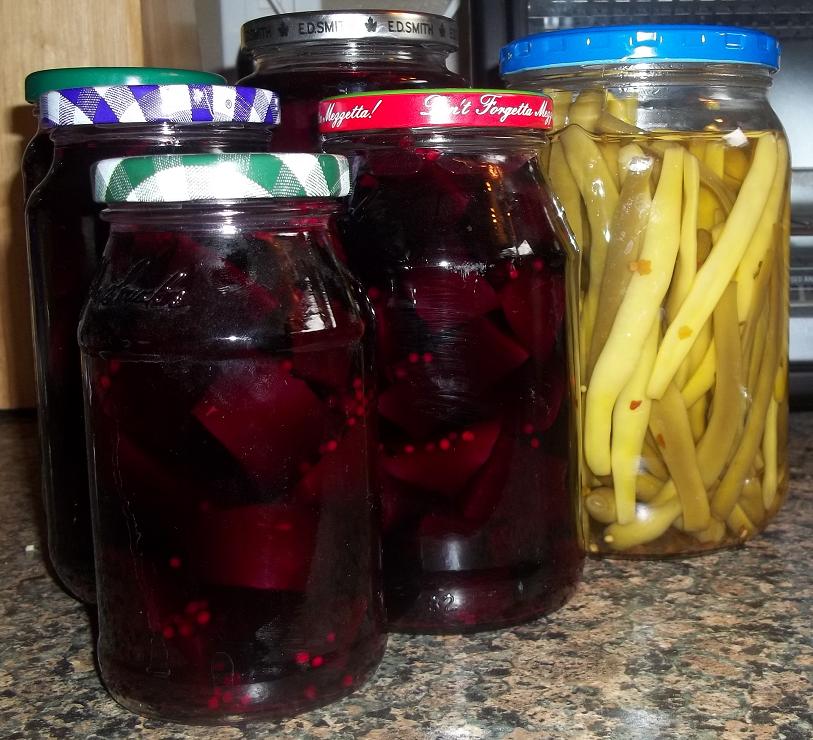 This was what I was up to late last night.  We have entirely too many beets in our garden so what else can I do but pickle a lot of them.  There wasn’t much, besides potatoes and peas, that made it this year either due to garden bugs or just not enough rain and a lot of heat.  Over the year I have been collecting all my jam and pickle jars to accommodate the large garden we planned on planting; I’m a bit of a stickler for recycling.  I’m still a bit annoyed that I didn’t even get a single zucchini out of the garden so we are stuck with pickled beets every night for dinner until next spring.  Slight exaggeration but sheesh, not a single cucumber or zucchini?!  The beans didn’t do well either and the beans always do well.  There’s always next year.

Pickling beets isn’t rocket science but it doesn’t hurt to have a quick recipe.  I used this recipe to pickle the beans as well, except I added hot red pepper flakes to the jar to make spicy beans.  Garnish a vodka ceasar cocktail with a spicy bean or two for that extra kick, or if you are a fan of a little spice, they are great to eat straight out of the jar.

Pinch of Cloves (not ground cloves)

Boil the jars and lids to sterilize prior to canning.  I usually run mine through the dishwasher then boil the lids right before canning.

Cut the tops and root off the beets and place in a large pot.  Boil the beets for 15 minutes or until tender and you can pierce easily with a fork; make sure they are not cooked too long or they will become mushy.  Drain the water out of the pot then fill the pot with cold water and let the beets sit or 5 minutes or until cool enough you can handle with your hands.  Under cool running water rub the skin off the beets; the skin should easily come off this way but you may need to peel off a few stubborn spots with a pruning knife.  On a cutting board, slice beets into larger bite size chunks.  Fill your jars with the cut beets close to the top but leave enough room that you can cover the beets with the pickling juice.

In a medium pot place the sugar, water, pickling spice and cloves.  Boil together for 5 minutes while stirring.  With a liquids measuring cup or a cup with a spout and handle, scoop up the pickling juice and poor over the beets, filling the jars covering the beets you placed inside earlier.  Immediately after you are done filling the jars with the pickling juice tighten the lids on the jars as tight as you can by hand.  Caution: The jars are very hot; remember to use a dish towel to hold onto the jar when tightening the lids to avoid burning your hand.  Afterwards, leave the closed jars on the counter until they cool down enough to be stored.  You will hear the jar lids pop after time which will tell you they are sealed.  If you press the jar lid in the middle and it doesn’t pop up and down, you know the jar is sealed.  If the jar does not seal, you will need to place it in the fridge to be used within the week or it will go bad.  After a day or two, the pickling juice will have had time to penetrate the beets enough for you to enjoy eating. 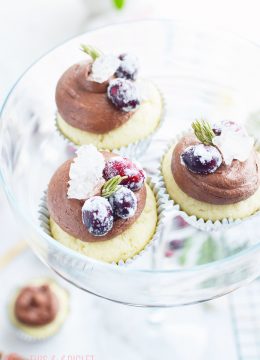