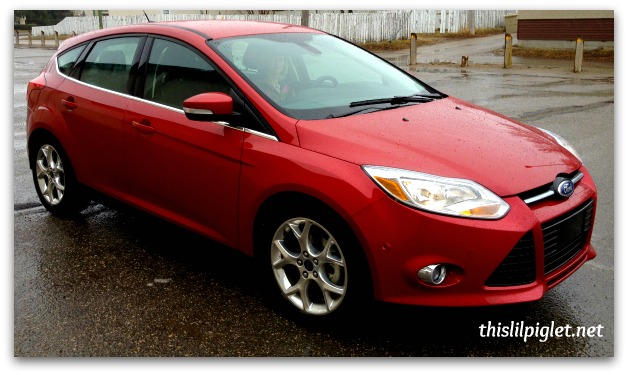 From the time I learned to drive I’ve always had a passion for vehicles; there’s something about a new vehicle that excites me, whether it be the get-up-and-go of the engine or the new technology options that no other vehicle on the market has yet.  Recently I was offered the 2012 Ford Focus to review, loaded with options to be excited about.  This sporty compact hatchback was packed full of features like the new Active Park Assist and the redesigned MyFord Touch system with Ford SYNC by Microsoft available in new 2012 Ford Canada vehicles, options my whole family were eager to try out. 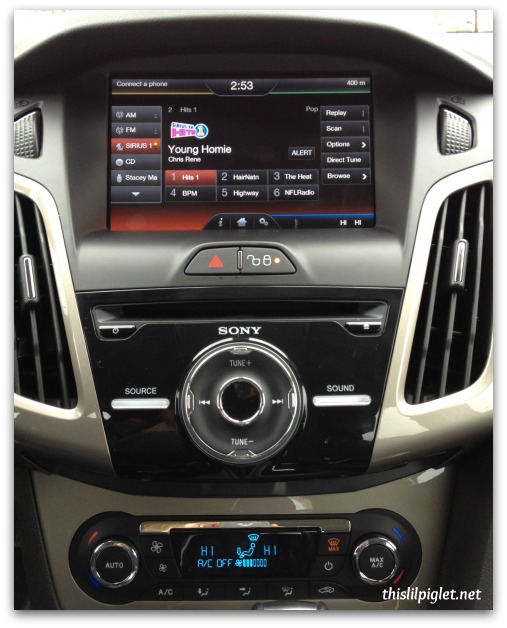 The very first thing we tried out was the touch screen powered by Ford SYNC by Microsoft.  My son, Hollywood – 13, took over the controls almost immediately.  He seems to think he knows more than me about vehicles; reluctantly I will admit that he had a few options figured out before I could blink.  Between transporting the kids to and from school and their activities, we spend a lot of time in our vehicles each day; part of what makes this more enjoyable are the voice activated features and media elements of the vehicle.  Being a music loving family, we pay extra attention to the speaker system quality installed in our vehicles.  One of the things that I am always happy to see with new vehicles, such as the 2012 Ford Focus, is the ability to play media directly from my smartphone, tablet or mp3 player wireless using Bluetooth or by plugging into the usb port or an SD card into the drive.  Hollywood was overly pleased by the sound quality of the stereo system.  Personally, I appreciated the voice activated navigation system the most because I spend a lot of my time driving; the hands-free system allowed me to locate my destinations mid-drive.  I found the Point of Interest search “nearby” option to be very convenient when searching for a place to eat lunch and a nearby gas station. 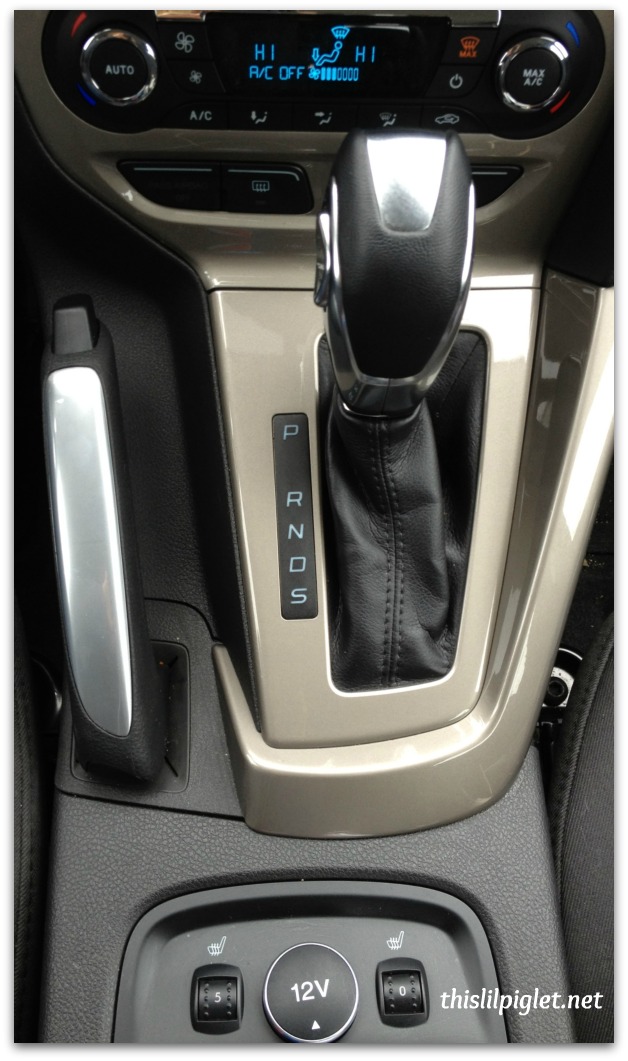 The Active Park Assist feature was one we were all most excited to try but also one I was a little concerned to try myself, simply because it’s nothing I’ve tried before.  Hubs volunteered to trial out the new feature and it was quickly evident that he was like a kid in a candy store showing off his bag of treats.  He mentioned that he was a little nervous at first because the car completely takes over control and parallel parks for you, done so quickly and efficiently by use of front and back sensors that even the least talented parallel parking driver achieves the perfect parked position and all by the push of a button.  Hollywood thought this would be perfect when he starts driver training; unfortunately for him, he has to learn the basics before being spoiled by luxury features like the Active Park Assist.

During the week we had the 2012 Ford Focus, we spent time exploring all the extra features.   With the optional six-speed powershift automatic transmission giving added torque and sportiness, we were nothing short of impressed with the feel and affordability of this vehicle.  Living on an acreage and the necessity of travelling unpaved roads at times, we were surprised at how well the compact Ford Focus handled, even during times of snow and rain conveniently dumping down on us during this week, putting the 2012 Ford Focus to the test.

Having a larger family of 6, 5 of which travel together most times, eliminates many smaller more compact vehicle options for us as a regular everyday travel vehicle.  The 2012 Ford Focus presents many exceptional features and technologies that we love however due to it’s compact size and limited leg room, it would be better suited for a single person, couple or at a maximum, a small family.  We made the 2012 Ford Focus work for the week but more room is a must for our family.  Although having a few years before he will be driving,  Hollywood felt this car would be a perfect fit for him when he turns 16; I can’t say that I would argue with that for likely different reasons than he, fuel efficiency, safety ratings and affordability to name a few.  If you’re looking for an economy size car with the newest technology, I would recommend considering the 2012 Ford Focus. 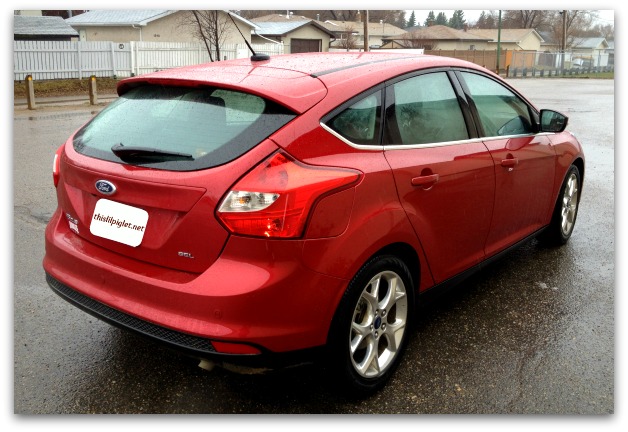 Disclaimer:  I was loaned the 2012 Ford Focus vehicle, as part of the Ford Canada media fleet, for one week to review. All opinions are my own, belong to This Lil Piglet and have not been influenced in any way.