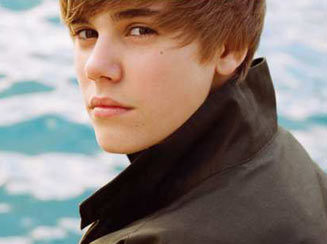 I can hear the screams already.  Unless you’ve been living under a rock or just don’t have any girls in the age range of say 7 – 14, you already know Justin Bieber is set for his 2012 “Believe” world tour concert.  My girls, and neice are no exception to this.

I guess I can see the attraction, he’s a pretty good singer, a good performer from what I have seen, a cutie (in a not wierd mom of preteen daughters sort of way) and he’s Canadian too; be still my little girls hearts.  I get flashbacks of my utter obsession of the New Kids on the Block and shutter; what makes girls so crazy? Gone are the days of walls plastered with posters of NKOTB and secret kisses with a poster of Donnie. Looking back at pictures; they look like boys of the Jersey Shore. Don’t judge me…

Like a good mom, I tried to get my girls tickets to the Bieber Fever concert but unfortunately was unable to because for some reason they were inaccessible.  I had my in-laws try by 2 different phones and I was trying by 2 different phones and via online Ticketmaster but was unable to get through, regardless of the hundreds of times we tried all those avenues.  I wonder if it truly sold out that quick or if their were people who had access ahead for reserve.  It seems plausible especially with all the tickets suddenly for sale online for hundres, sometimes thousands more than the tickets were sold for, even on Ticketmaster itself.  It seems unfair to the little people who are unable to spend $400+ for a VIP ticket for one person, meet Justin Bieber or not, when you have 2 girls (with me makes 3) VIP tickets were only sold at a maximum of 2 tickets, again making tickets unachievable.  Obviously it makes sense that tickets would be sold out so quickly but unfair to regular parents doing all they can to give their kids a dream concert experience.

If you have hundreds or thousands of dollars and are willing to spend it, you can get auction tickets over at TicketMaster.ca. You have to search for available tickets which by the way are not available, then you are sent to a screen where you have the option to bid on auction tickets right on TicketMaster’s website.  Good luck.

My girls would have died to have the chance to see this concert but I’m sure they are among thousands of other disappointed little girls.  Surely Justin Bieber has to see the love and support he has from his Canadian fans, it would be great if he would add on more concert dates and locations to give the same opportunity to all of his fans.  For us, we have only one concert date in our Province, the Credit Union Centre in Saskatoon, SK; some Provinces have 2.  If you happen to be one of the lucky ones who grabbed tickets, tweet me so I…ahem, I mean my girls can live vicariously through you. 😉