We’ve been busy little beavers on the farm recently. The farm keeps us busy on most days; recently we added two new Alpacas to the farm, Muffin and Piper. No, we didn’t pick the names but they are suiting nonetheless.

Our sheep flock is getting a little larger and although we don’t have a true problem with predators, it’s good to have an alert system. Llama’s are actually better known for predator protection. Alpacas are a less aggressive smaller version of a Llama, better known to alert you should there be a predator in the area. We have a large dog who is already a deterrent but with fox  in the area, it never hurts to have a secondary plan. Beyond all that, the fleece from Alpacas is one of the more cherished, especially by knitters or crocheters. Obviously two Alpacas aren’t going to produce enough fleece to do much with but these sweeties are sure soft to hug. I’m reminded of Olaf from the Disney movie, Frozen, who likes warm hugs. 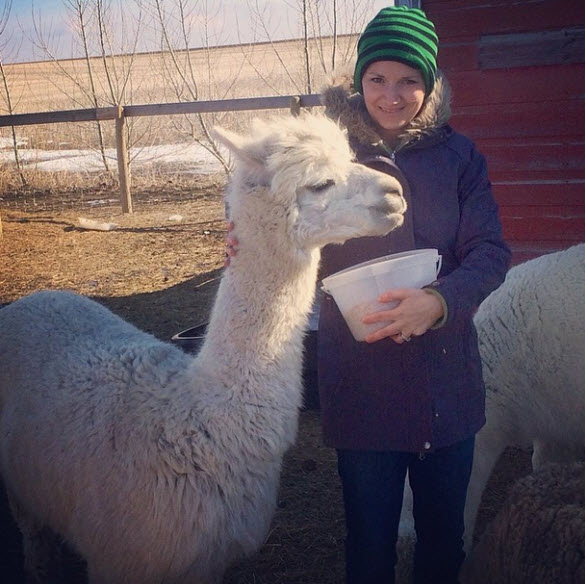 Meet Muffin, a female Alpaca who is due to birth in July. Our two will become three very soon.  We also found out once Alpacas have conceived they want nothing more to do with the male. Ouch. 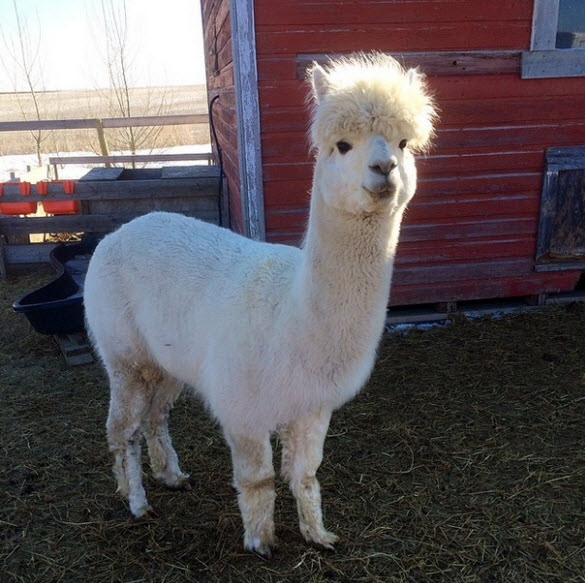 Meet Piper, a male who has placed third in show. He does rock a pretty nice looking head of hair, if I do say so. He isn’t the father of Piper’s baby so he has had a time making friends. As long as he lets her have her perch atop the hay pile, she will tolerate his existence near her. The transition into the sheep flock has gone smoothly. In fact, the sheep were curious at first but have settled back into routine as though nothing new happened.

Do you have any recent news?