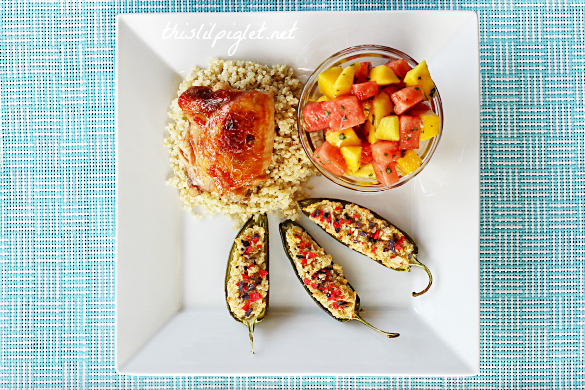 May 5th is Cinco de Mayo, a holiday to celebrate Mexican heritage in the U.S.A. with entertainment, food and drinks with a Mexican flavour.  I love Mexican food; a little spice, a burst of colours, a lot of love and we have ourselves a mini fiesta. This week I was inspired by a readers suggestion, Jalapeño Poppers but I decided to create a flavour all my own with these Quinoa and Bacon Stuffed Jalapeño Poppers. Did I mention cream cheese? 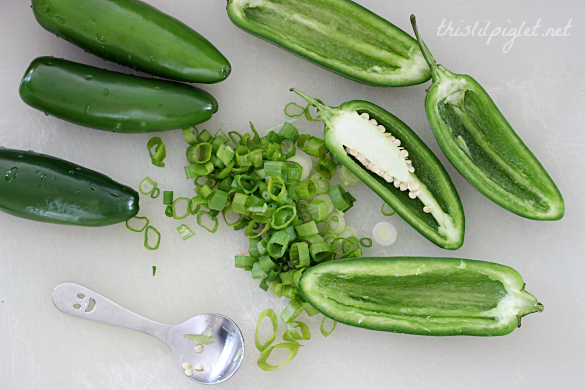 This recipe makes 24 poppers but you could definitely half the recipe. Slice the Jalapeño’s lengthwise and remove the spine and seeds. Place in an ice bath until ready to stuff to keep them crisp. Jalapeño Poppers are one of my favourite appetizers; I eat too many but they are just too good to stop. Even my spoon is happy about this recipe. 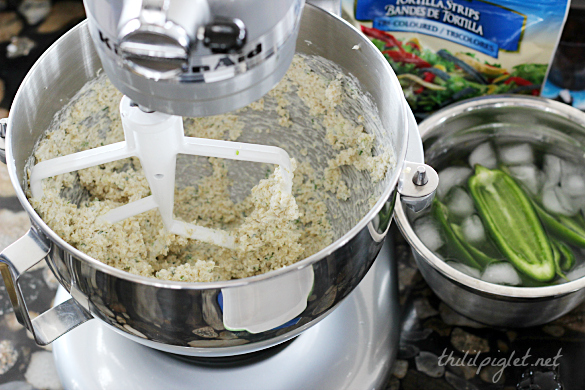 Before you whip the cream cheese, cook 1 cup of Quinoa according to the package and cool. If you are using your own bacon, cook ahead to a crispy bacon and crumble 1/2 cup for the stuffing, about 4 strips of cooked bacon. Once again, my KitchenAid mixer makes an appearance all dapper in her shiny silver ensemble; cream cheese looks good on her.

After you mix in the Quinoa, bacon, spices and the HEAT (hot sauce to your liking), remove the Jalapeño’s from the ice water and pat dry before stuffing. Crush 1/4 cup of nacho chips to sprinkle on top. I used tri-coloured nacho strips for salad toppings because I wanted the poppers popping. 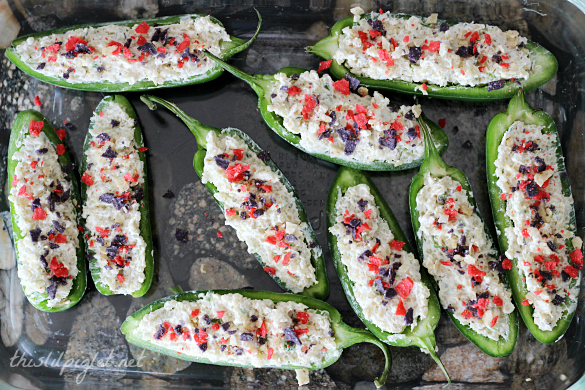 Stuff those peppers generously and sprinkle with the crushed nachos before popping them into the oven in a baking dish at 400 degrees Celsius for 15 minutes. Let cool before sinking your teeth into these or you may be complaining of the rooftop burn, as I like to call it. Jalapeño Poppers with a bit of a crunch to kick your taste-buds around a bit. My dad always says, it’s not hot enough until the top of your head sweats. I’d rather still taste my food then burn the tonsils out of my throat but, to each their own.