Saskatchewan is Gold at the #TELUSCup 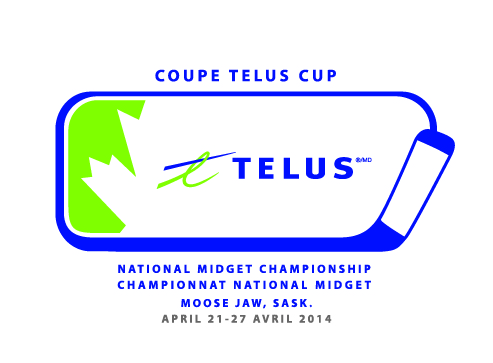 In Canada we are known for long winters with an abundance of hockey fans. Like many Saskatchewan kids, my son has been registered for hockey every year since learn to skate beginning at the age of 4 years (December baby). I remember the countless early mornings driving to the rink in the dark, my son already dressed in hockey gear with the only thing left to do was lace up hockey skates before sending him onto the ice for an early morning practice. There were mornings it was hard to get him out the door with tired grumbling but his excitement for the sport always took over and before long, his eyes were large with the dream of playing somewhere “Big”. 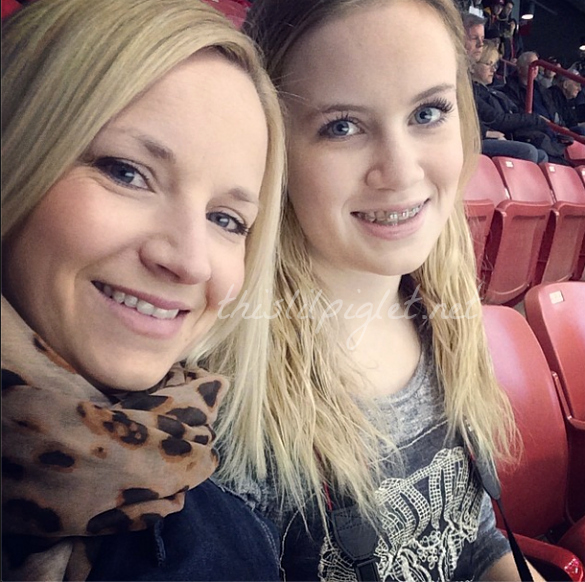 My son is now 15 years old and as a long time hockey mom I still feel the excitement build up in my belly when the players jump on the ice for the first time. The level of hockey has definitely changed from learn to skate over the years but the drive to become the best always remained the same, striving to become better and to hope the team brings home the championship. This year my hometown of Moose Jaw, hosted the Telus Cup National Midget Championship from April 21st to 27th and although our local team did not make it through to the championship round, they, along with other teams, should be applauded for their hard work and dedication to make it to the championship. 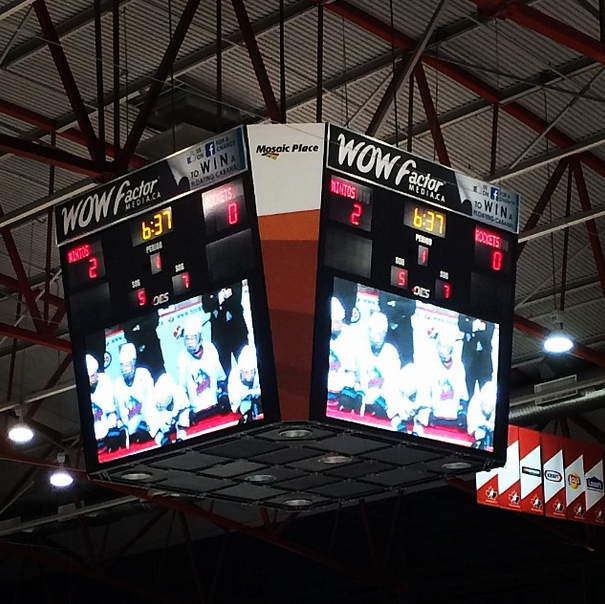 My daughters and I were proud to support a Saskatchewan team, Prince Albert Mintos, through the championship round and see them bring home the gold. They put in a great performance and as a spectator, kept us cheering for more with the excitement of the crowd. We accidentally sat in the Minto’s cheering section but it was amazing to see the support this great team had from friends and family in the crowd, many wearing team colours, holding up signs and cheering loudly in a positive respectful way. 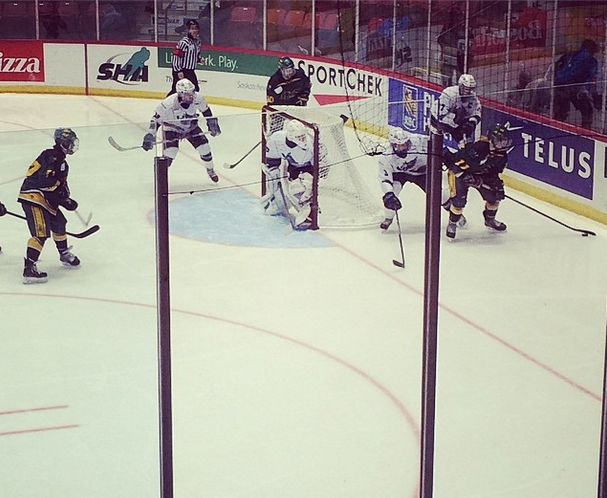 TELUS has been a proud to sponsor of Hockey Canada since 2004 and has been the title sponsor of the TELUS Cup since 2005 and what is even more amazing is that for every goal scored during this years TELUS Cup, TELUS committed to donating $50 to the TELUS Hockey Fun for Youth; money that will be used to buy equipment, provide developmental initiatives and reduce the cost of ice rentals for minor hockey teams in Moose Jaw. Additionally, TELUS presented a $5000 scholarship to the MVP of the tournament.

My daughters, along with several schools, had the opportunity to attend afternoon games to help support all the midget hockey teams and in the process received TELUS school kits. TELUS provided charging stations, fan challenges and chances to win some fantastic prizes during intermission which were fun to watch. The anxiety is almost as high while watching a intermission competitor walk the ice in flip flops without falling, as it is watching the players in all their intensity. Snicker.

TELUS is a proud supporter of the TELUS Walk to Cure Diabetes happening on June 8th in Regina and as a symbol of that support, invited children with Type 1 Diabetes to participate in the puck drop ceremony throughout the week. Dante Morrissette together with his Diabetic Alert Dog, named Tamone, a dog that can detect low insulin levels, joined the ice at the TELUS Cup in a special presentation. 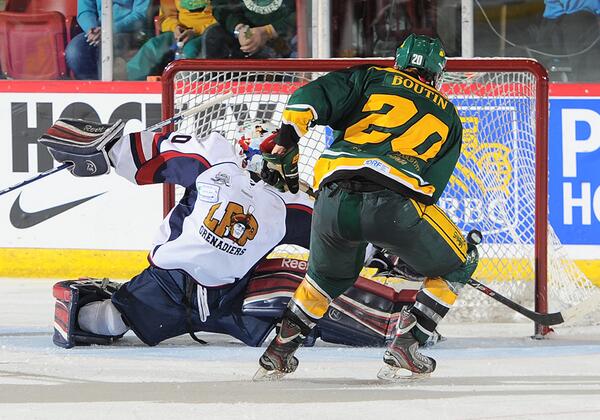 Dakota Boutin scored at 18:36 of the third overtime period, ending the longest game in tournament history, as the Prince Albert Mintos claimed the 2014 TELUS Cup with a 4-3 extra-time win over the Grenadiers de Châteauguay in Sunday’s gold medal game. 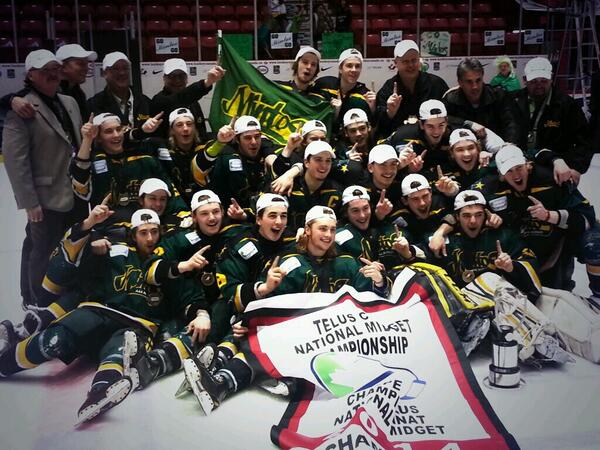 As a hockey loving family, I’m proud of the teams who worked hard all season to make it the the Nationals this year and even more proud to witness, with my girls, a local Saskatchewan team win the gold medal. The Prince Albert Mintos team played exceptionally well all week. I think it is important to support local teams and was amazed at all the support from from our local residents, although I would have liked to see a few more faces in the crowd.

Hockey fan or not, do you support your local teams?

Disclosure: This is a sponsored post as part of the TELUS Cup National Midget Championship 2014 in Moose Jaw, SK. All opinions are 100% my own.