This summer has offered higher than normal temperatures and now we are seeing the highest rainfall we’ve seen in the previous 3 months combined. On this sunny day I took my distance from Hubs during his beehive checks to venture off into my in-laws barn. 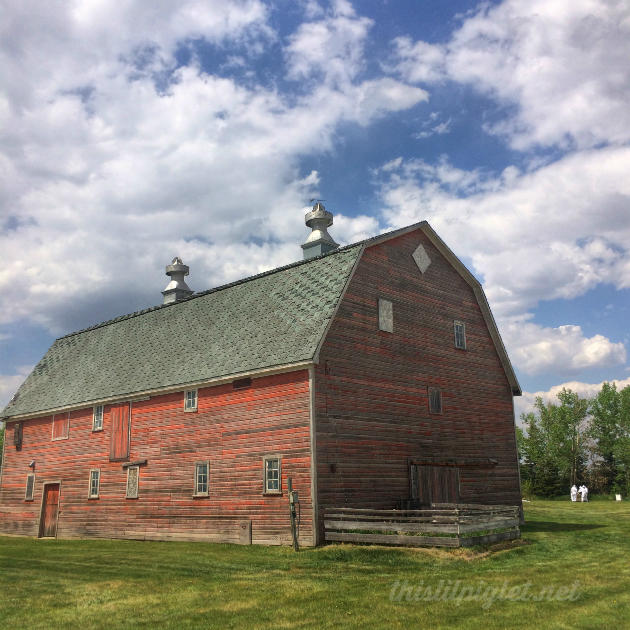 I don’t know what it is but I absolutely love exploring old barns. Maybe it’s the secrets they hold from years past or maybe it’s the character they seem to exude; this one particularly looks like it’s giving me a wink. Whatever it is, I’m drawn to exploring whats inside.

This barn has 4 entrances, 1 which is blocked off completely. I inquired as to why that was and learned that at one time when this barn was new it was in fact for livestock; over time it began being blocked off for use as a grain bin of sorts. 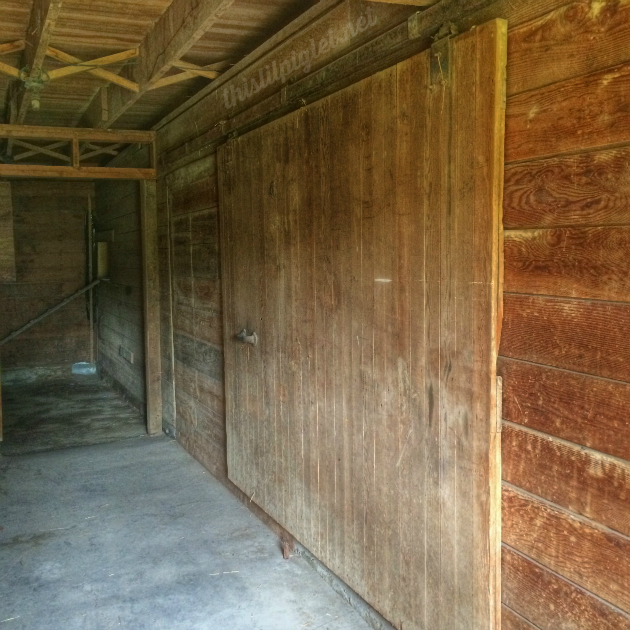 On the outside and inside you can understand how that would have looked; with doors here and there permanently sealed. On the back underside of the barn you enter a man door from the outside and arrive in a room that holds 2 stalls and on the other wall, a very large sliding barn door.

This door particularly looks as though you could grab hold of the handle and give a tug to expose a room behind but it is sealed off. You can however access the other side from the front door of the barn. 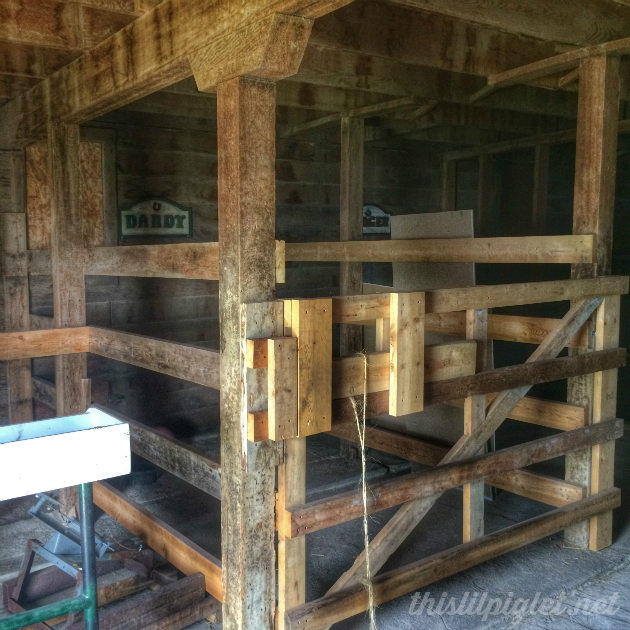 About a year ago my in-laws had held horses here but prior to that it had sat vacant with dust and a history of old doors, windows and clawfoot tubs. Now the stalls sit empty and the horses, needing more experienced rider training, re-homed where they are doing much better. 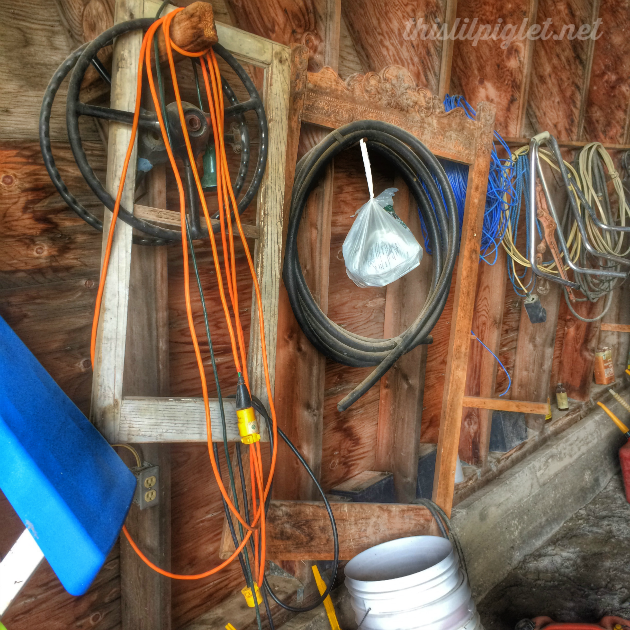 This picture isn’t one directly from the barn, it’s taken in an old dirt floor shop but these two frames were taken from the barn. My DIY senses are tingling. I wonder how I could restore these. The window frame would be easy enough but the detailed woodwork of the other frame needs something a little more special. 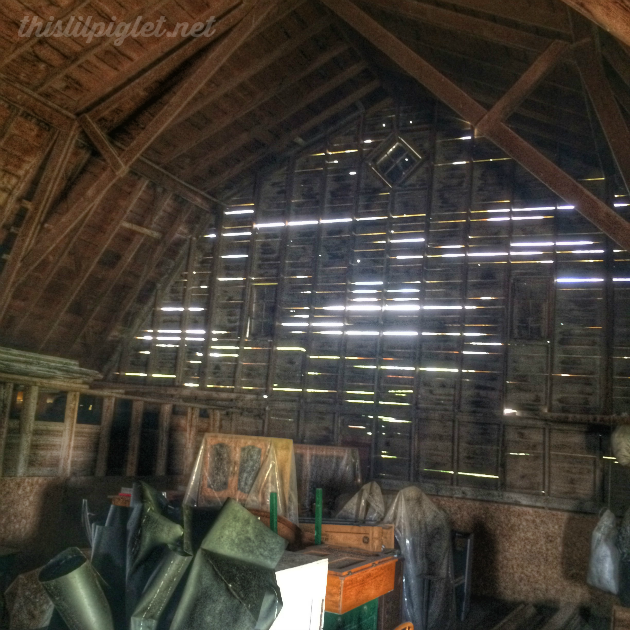 I’m sure at one time the walls of this barn weren’t so see-through; it’s a wonder how these items have remained unharmed from weather.

As I was exploring the upper floor of the barn , accessible from a side ramp sliding door or by a creepy dark staircase inside the bottom floor, I heard what I thought to be kittens in the far corner room that was boarded off. After more investigation from the guys, as in climbing into the room and pulling up some boards where the noises were coming from, a mother racoon and her babies were found. Things were a little hairy as the guys scrambled to get out before being attacked. That was humorous in itself. 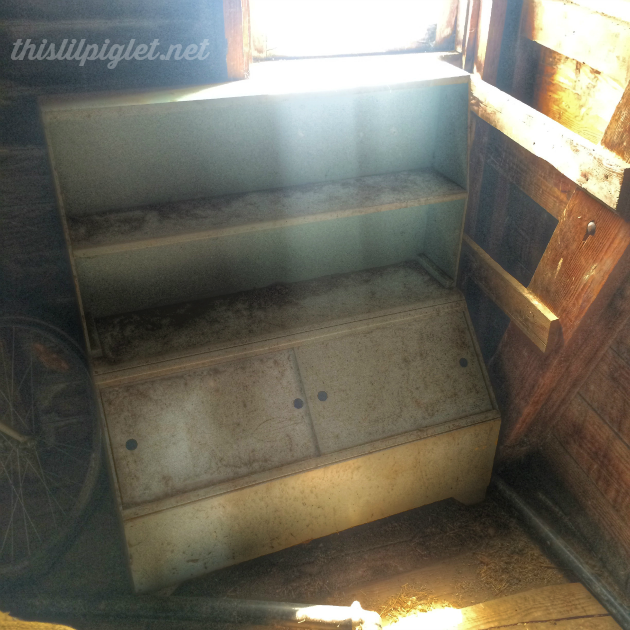 Before I realized there were racoons living among me I snapped a few pictures of forgotten items. This toy box once a baby blue colour held children’s books and baby toys. Off to another side was an old children’s school desk from a nearby town schoolhouse, no longer standing. Unfortunately I did not snap pictures of the racoons; we were all in a panic to leave. 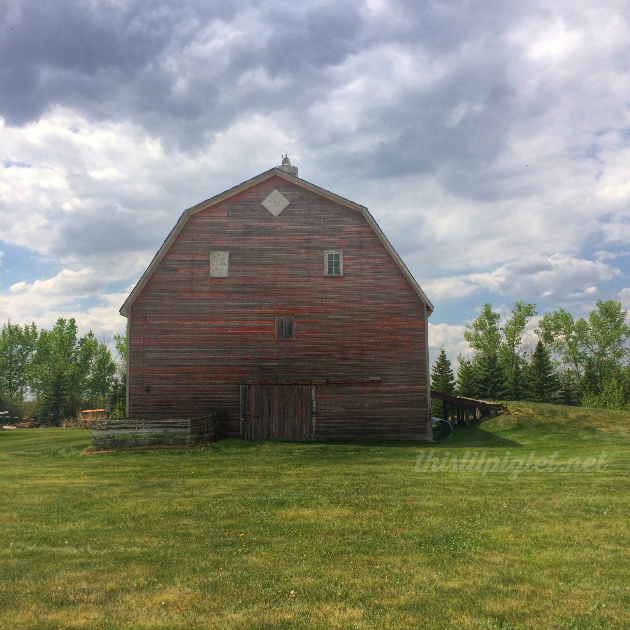 After the racoon discovery I quickly vacated the barn; nobody wants to mess with a mama racoon and her babies. This wasn’t the first time I’ve explored this barn and it won’t be my last, once the racoons move on of course. The old weathervane sitting like a top hat, a wink from a window boarded over and a toothy smile from the sliding door at the bottom, how can you not be intrigued.

One comment on “Old Saskatchewan Barn Tour and Racoon Discovery”