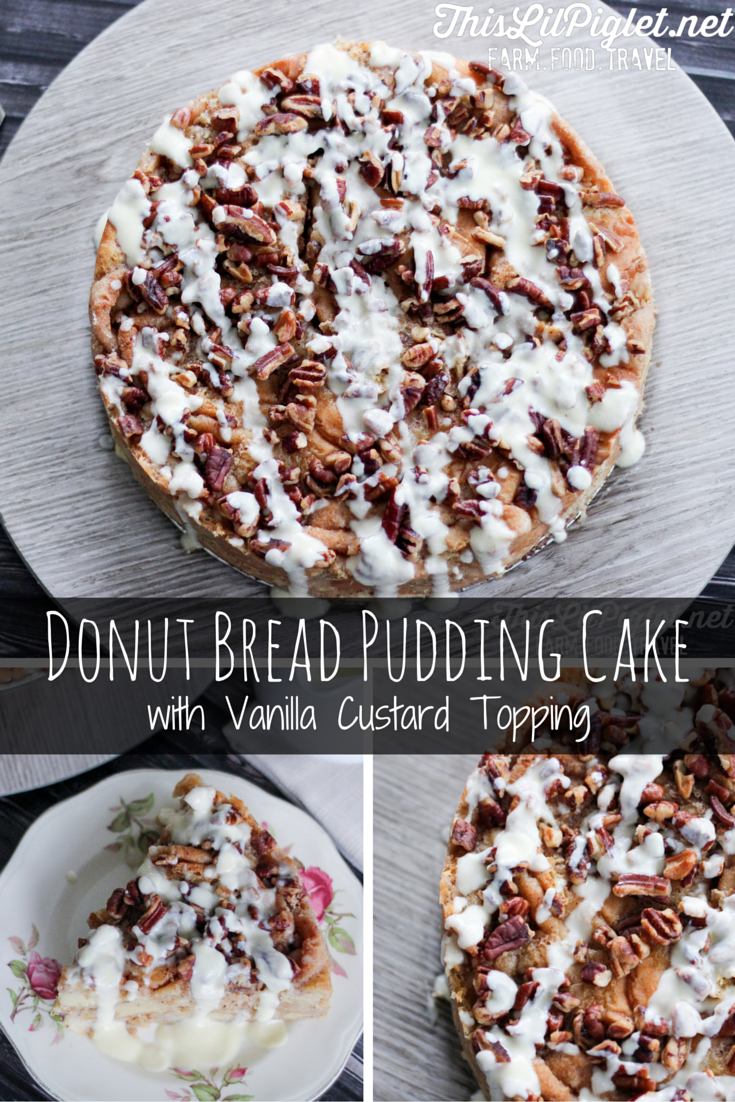 Donut Bread Pudding Cake. Nuff said. Add on the Vanilla Custard topping for a ridiculous burst of awesome in your mouth but sorry kids, this one is for the adults.

I confess, I did not come up with the original recipe. This is my Canadian version of the original Krispy Kreme® Breading Pudding dessert that I had the pleasure of experiencing at Lulu’s Restaurant in Destin, Florida. Let me repeat, Krispy Kreme®. 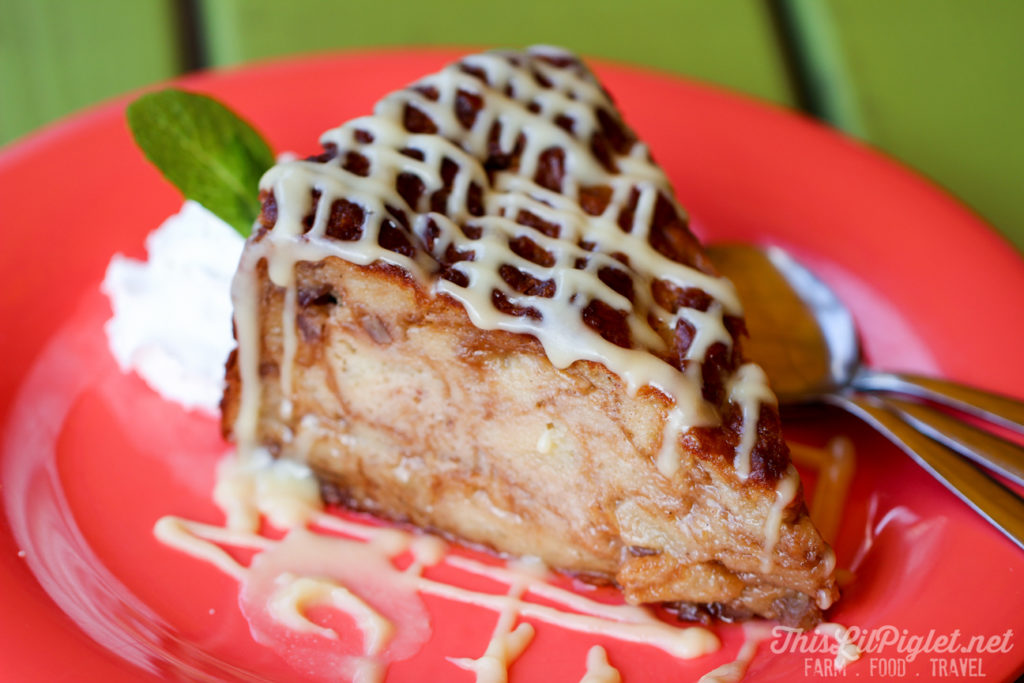 I expected the recipe to be a lot more involved but found it quite easy to make, once I had all the ingredients. This is the slice of heaven I had at the restaurant last month; just look at that piece just oozing deliciousness; naturally, I had to recreate that. 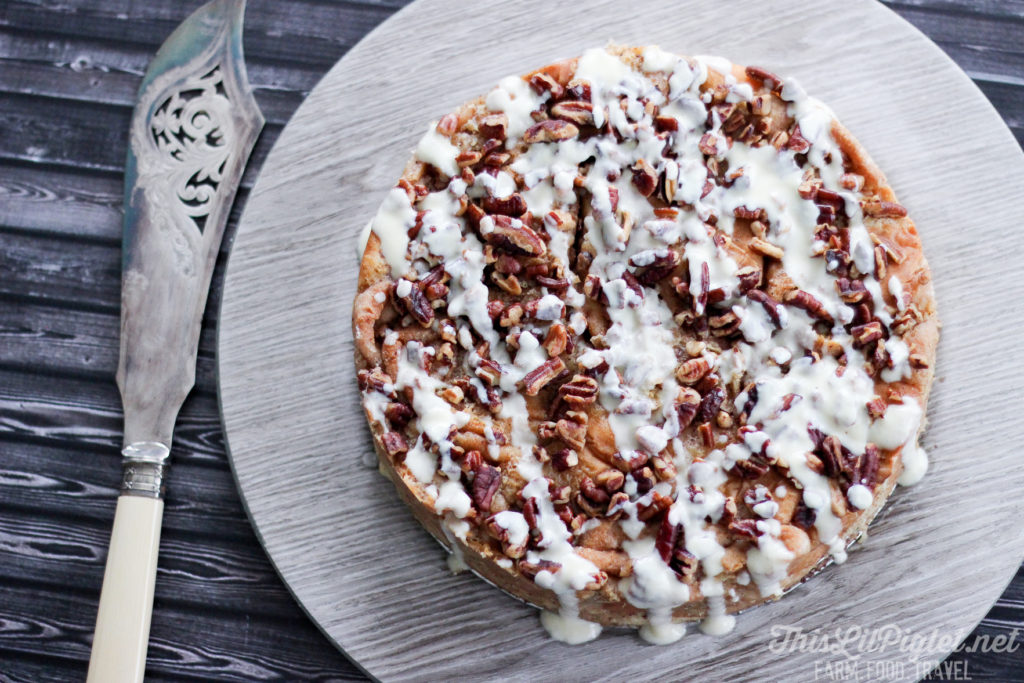 The Vanilla Custard and pecans just makes this dessert even more delicious. The flavours remind me of Christmas but I say, why wait for Christmas?! I think LuLu’s is onto something and clearly knows what makes for a very UnChristmas dessert. 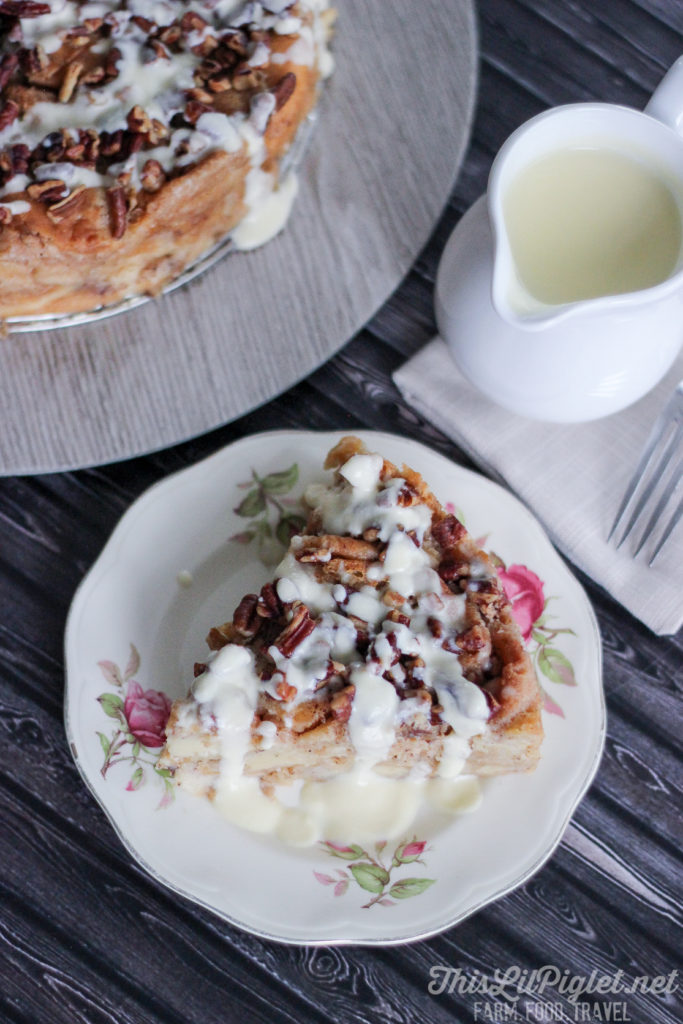 Once you take a bite, you will be closing your eyes to take in all the bursts of flavours like I did. My oh-so-Canadian version featured half Honey Cruller Donuts, half glazed donuts and Maple Cream Liqueur.

Donut cake smothered in custard; can you really go wrong? I think not. 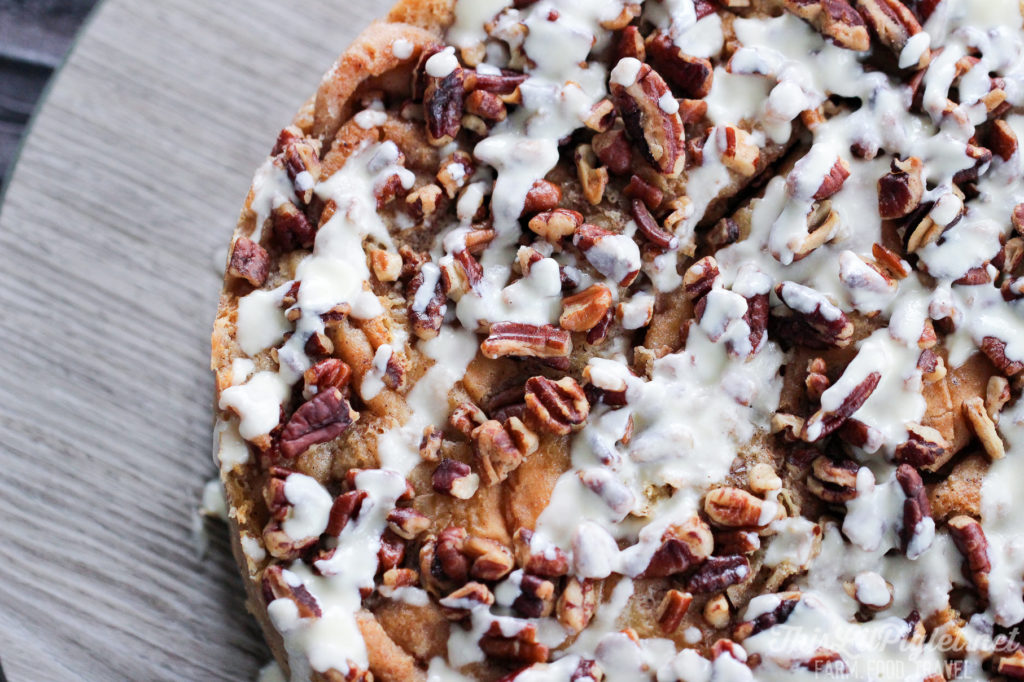 If you’d like the original recipe, Krispy Kreme® UnChristmas Breading Pudding with Vanilla Custard Sauce, you can grab it in this cookbook by Lucy Buffet herself: LuLu’s Kitchen: A Taste of the Gulf Coast Good Life

. With so many delicious Gulf Coast recipes, you will not be disappointed. Or simply head to the nearest LuLu’s in the Gulf Coast for a slice of this delicious dessert.