Chicken Farmers of Canada are gearing up for the annual Canada Day celebration in Ottawa by launching a the Team Up for Canadian Chicken contest which will see someone winning a trip for 4 to Ottawa for Canada Day! There are three prizes in total available to be won.

The contest is open to Canadian residents who are the age of majority in their province or territory at the time of entry. The contest ends on May 29, 2015 at 11:59 pm EST.

To enter the contest, simply Vote for your favourite recipe from Chicken Farmers of Canada. There are three recipes to choose from – The Royal Gala Chicken Sandwich, The Coronation Creation Chicken Sandwich and The Preston Street Chicken Sandwich. Click on your choice and write 2 to 4 sentences explaining why you chose that recipe for your family. Join the #TeamCdnChicken Twitter party on May 21st at 9 pm EST !

Come join us for some great conversation, prizing and FUN! RSVP below, prizing is open to residents of Canada 18+, excluding Quebec. 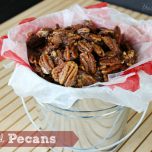